POPGOES is an official Five Nights at Freddy’s spinoff series, produced by Scott Cawthon and developed by fans as part of the “Fazbear Fanverse Initiative”.

In POPGOES Arcade you’ll play through two RPG campaigns: “POPGOES: The Dead Forest” (originally released for free in 2020) and “POPGOES and The Machinist” (a built-in sequel for the paid release!). These fun, colourful, and mysterious adventures will introduce you to new characters like Popgoes the Weasel and Manora the Mouse, but with no attention taken from classic FNAF characters like Chica the Chicken and Foxy the Pirate. 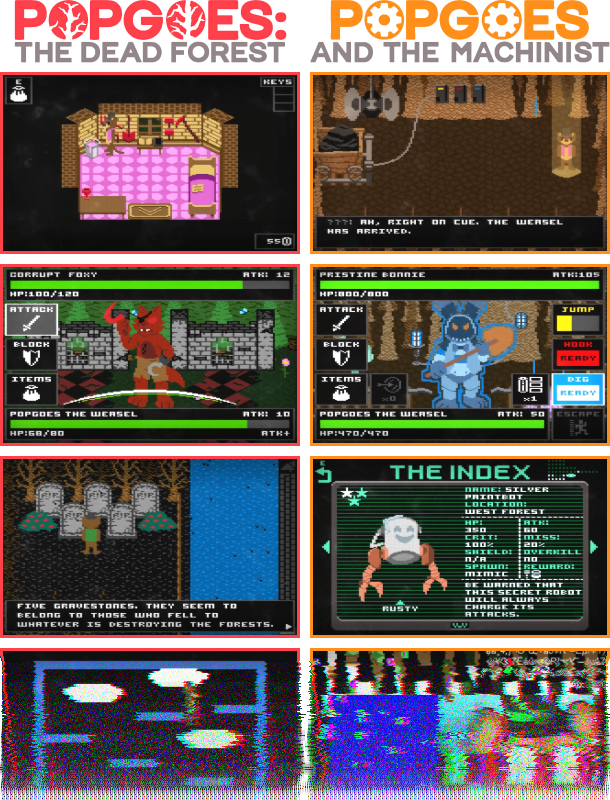 What’s in POPGOES and The Machinist?

And on top of POPGOES and The Machinist, the Steam version also has…

“A loveable, charming RPG where you can visibly see the passion beaming out of the arcade screen”
Dawko (YouTuber)

“the BEST weasel based rpg i have ever played in my LIFE!!!!!!”
gomotion (YouTuber)

“It was a blast. High A-tier for sure, and longer than some fnaf games.”
Phisnom (Developer)

Letters From a Rainy Day -Oceans and Lace-